When Microsoft released .NET Core 1.0 earlier this week I literally jumped up out of my chair. At Xablu we love open source in general; and I personally find the .NET Core project, which is basically build up from the ground over the last years, very intriguing.

When Microsoft introduced C# and .NET back in the day, at least the promise of a potential cross platform technology like Java was there. However, in those days we’re talking about ‘Microsoft 1.0’, were ‘run everywhere’ basically meant: ‘run on every flavor of MS Windows’. This narrow view, amongst others, resulted in C# and .NET only being used inside MS shops, and totally neglected in the ‘alternative universe’. Then Mono, an open-source, cross platform implementation of C#/.NET came along. But Microsoft’s (together with Novell, which at some point owned Mono) rather ambiguous stance resulted in C# being left alone by the majority of the open source community and companies that have a strong open source policy.

Lots have changed over the last years. We’ve witnessed the birth of Microsoft 2.0, which is in it’s latest form a huge open source supporter and contributor. Funny fact about Mono? It is now owned by Microsoft via its recent Xamarin acquisition.

Funny fact about Mono? It is now owned by Microsoft via its recent Xamarin acquisition.

So what about this release then? Why is this so important? It’s largely ignored by the big IT blogs and news sites, and (mostly) ridiculed by the open source community. But what we’re looking at here is the first version of a completely rebuild, truly cross platform, open source foundation for .NET/C# technology that really runs everywhere. Backed by one of the biggest IT companies in the the world. Sounds familiar? It should, as this is comparable with the promise of Java. And although there’s a lot of (sometimes overheated) debate about Microsoft’s ways, there is in general consensus on the technical merit of C# technology.

And yeah, on one hand it’s more limited than the full .NET stack, and on the other hand it’s still a little bit rough on the edges on Linux. But imagine where this could be going. I wouldn’t be surprised if C#/.NET will see a significant growth in the open source world, which is now mainly dominated by C/C++. And while Java is struggling under Oracle’s wings, C# and .NET have a bright future ahead!

What can we do for you?

Would you want to know more about the possibilities? Get in touch! 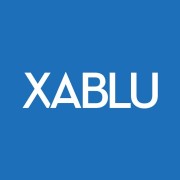