The year is almost over and I think it’s good to do a review of how the .NET environment is currently doing. Let’s first take a look at what the .NET universe looks like: 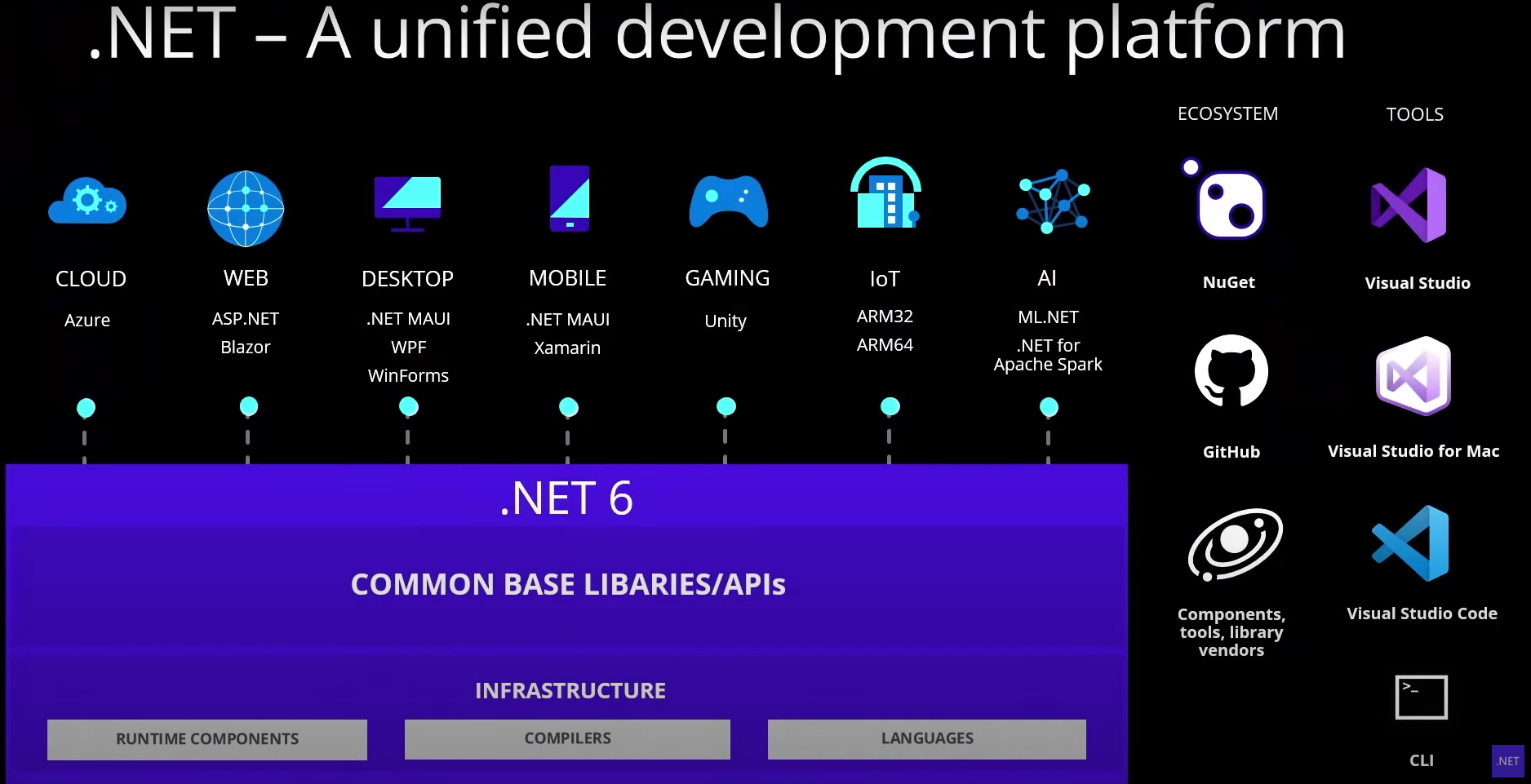 The big picture is not different today from 2020 but is definitely close to be as it is in the image. We can see that Xamarin is still appearing as a component. Would it be there next year ? .NET MAUI is also included as a DESKTOP component, interesting considering that you can develop desktop applications for Windows with UWP and for Mac with Catalyst.

Another highlight is how the community has been maintained and even increased this year: 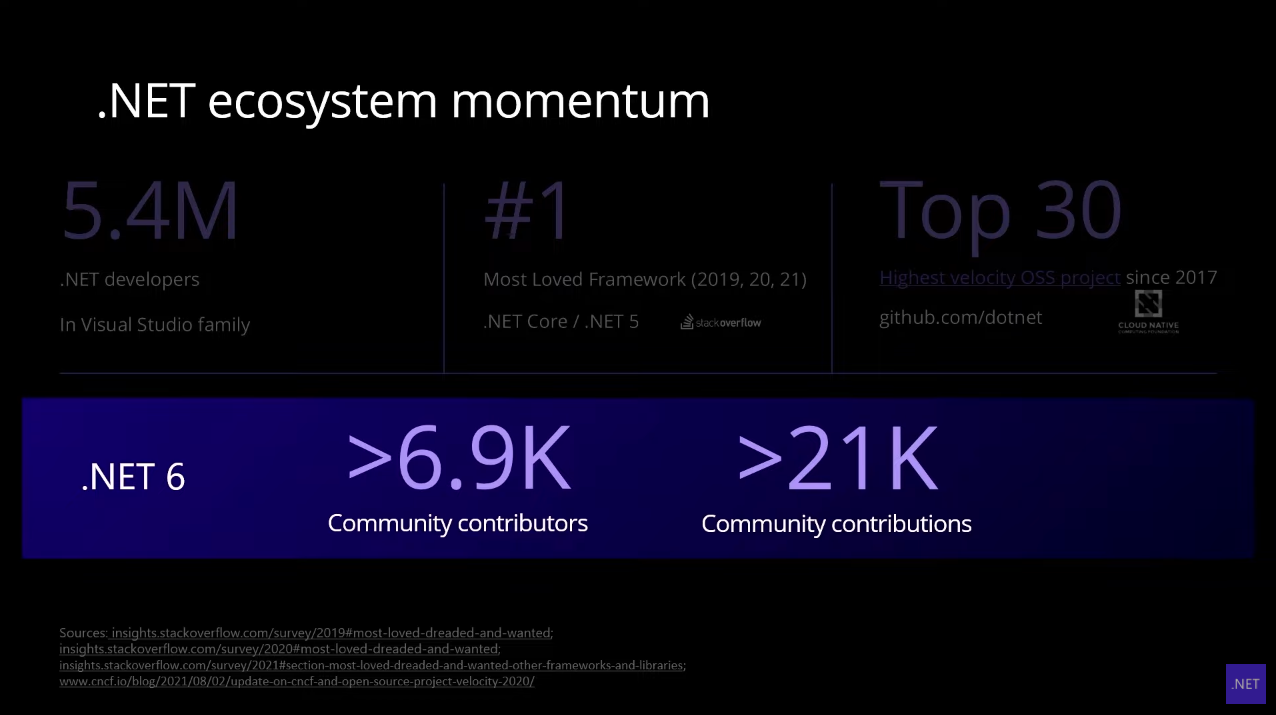 These metrics show that it was right to approach the Open Source community. 7000 contributors is a lot ! What do you think ? Will it be bigger next year? Could be 7001 if you contribute !

Despite all this huge change that looks very complex, the performance has improved significantly, especially related to the data model connection with the Entity Framework: 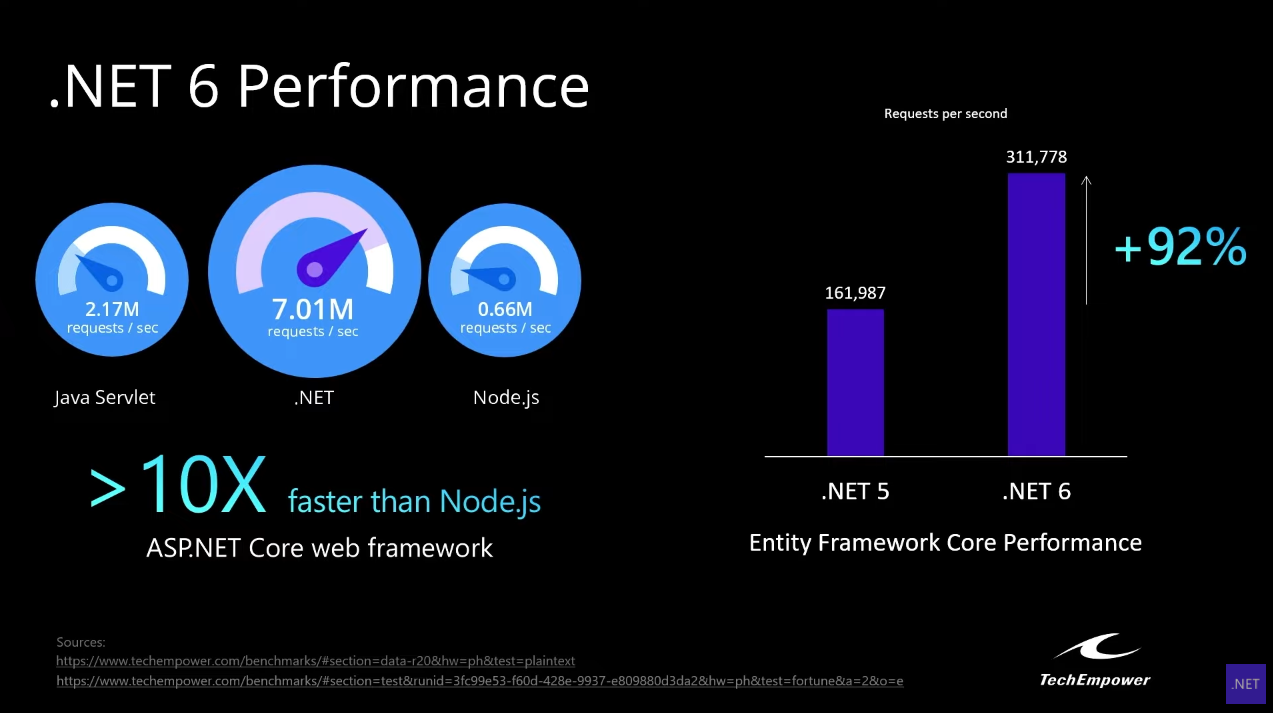 While it’s not the fastest language it has huge potential for improvement and I think it’s going to scale a lot in the coming years. Did anyone believe that it could be compared to Node.js ?
At last, I will mention the release of Visual Studio 2022 that although it doesn’t introduce a huge change is important to build applications with .NET 6: 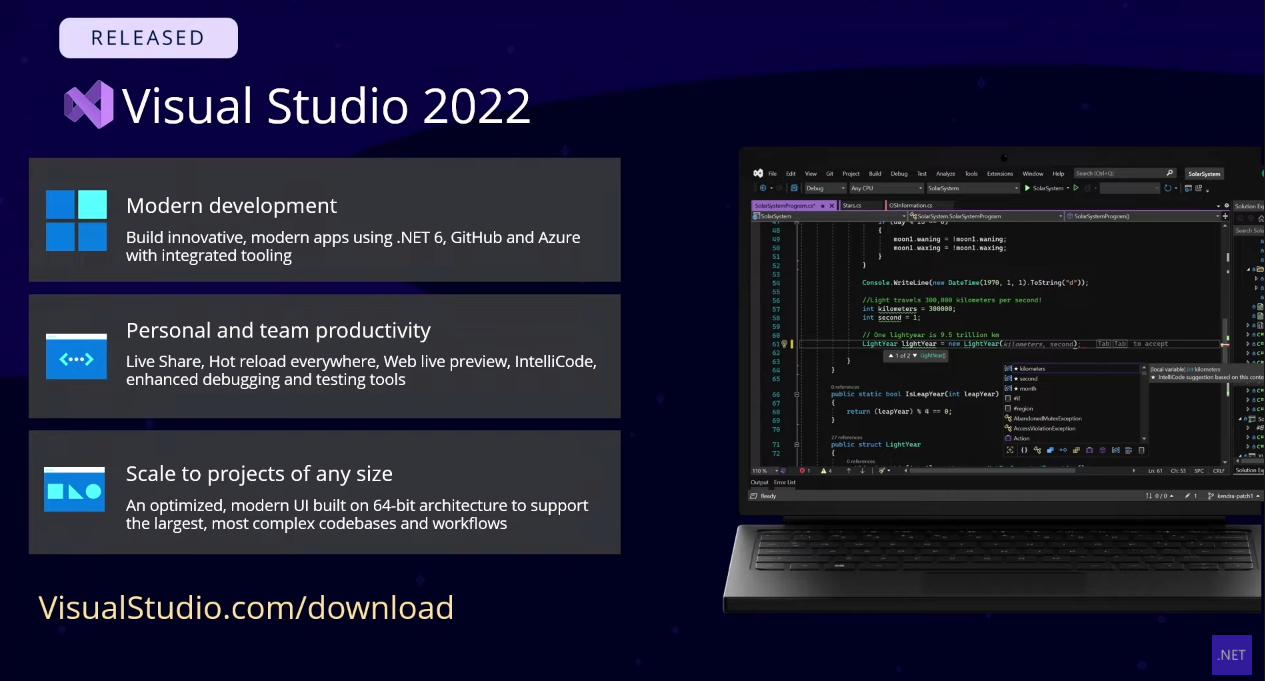 The previous version was released in 2019. We have in general a new version every two years, but this time it was 3 years. Will we have another version in 2024 ?

I’m really excited about these metrics as I see a stable community-supported platform to create all kind of applications. Next time, I will show you some of the new technical features that were introduced in this 2021.